If you're planning a trip to Jupiter's moon Europa, be prepared for a rough landing.

In a study released Monday, scientists say they've found evidence of huge, jagged "ice spikes," some 50 feet tall, on the moon's surface. They spikes would "pose a hazard to any future space mission landing on the moon," according to the study.

The spikes could be similar to "penitentes" down here on Earth, like those found in the higher elevations of South America.

"In extreme cold and dry conditions on Earth, such as those encountered in the Andes, the sun's rays can cause parts of the ice and snow to undergo sublimation – becoming water vapor without melting first," the study said. This process leaves behind distinctive, blade-like formations called penitentes. 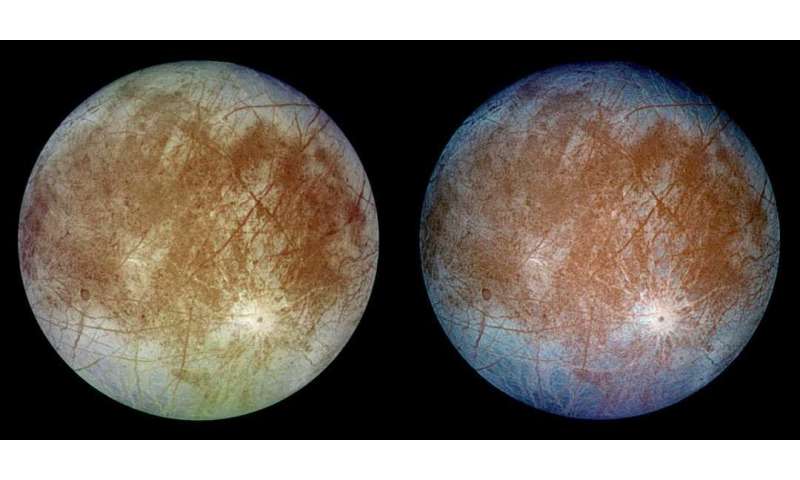 Mysterious fountains of water or ice have been seen spewing more than 100 miles into space from Europa, the icy moon of Jupiter that is one of the most likely incubators for life in the solar system, scientists said Monday.

The Hubble Space Telescope has captured images of jets, each containing some 2 million pounds of water or ice, issuing from Europa’s smooth surface on three different occasions.

A likely source of the plumes is the salty ocean that lies beneath Europa’s shell of ice. That ocean, though never seen, is one of the top candidates in the solar system as a place where living things might be found.
_________________

What Would It Be Like To Stand On Jupiter's Moon Europa?

This frozen natural satellite is one of 67 known moons that orbit around the mighty planet Jupiter and below its thick icy crust, scientists believe a vast ocean flows.

Scientists also believe that Europa is the most likely place within our solar system beyond our own planet, to have life living within its vast ocean, making it a an extremely interesting moon.

Europa is one of the smoothest objects in the solar system and this is because of its icy tectonic plates, moving on top of a warmer layer of convective ice, resulting in the surface being constantly recycled.

This means that when the space explorers step out side on to Europa's frigid landscape for the first time, they probably wouldn't see huge ancient craters or towering mountains, instead they would see many cracks and ridges, some more than 12 miles wide crisscrossing though the thick Icy crust.
_________________

Dragon wrote:The spikes could be similar to "penitentes" down here on Earth, like those found in the higher elevations of South America. 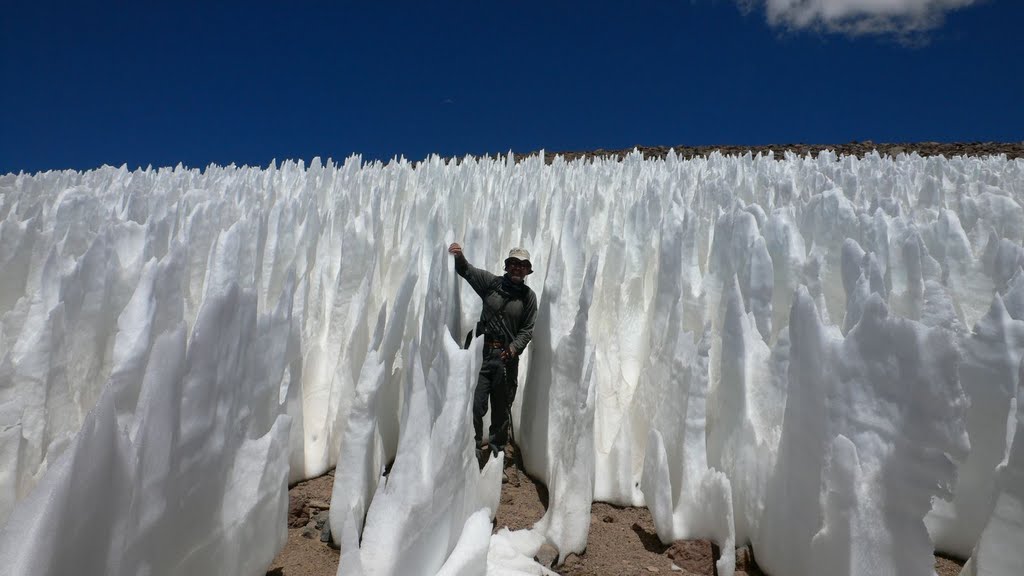 Penitentes, or nieves penitentes (Spanish for "penitent-shaped snows"), are snow formations found at high altitudes. They take the form of elongated, thin blades of hardened snow or ice, closely spaced and pointing towards the general direction of the sun.
Source - Wikipedia
_________________