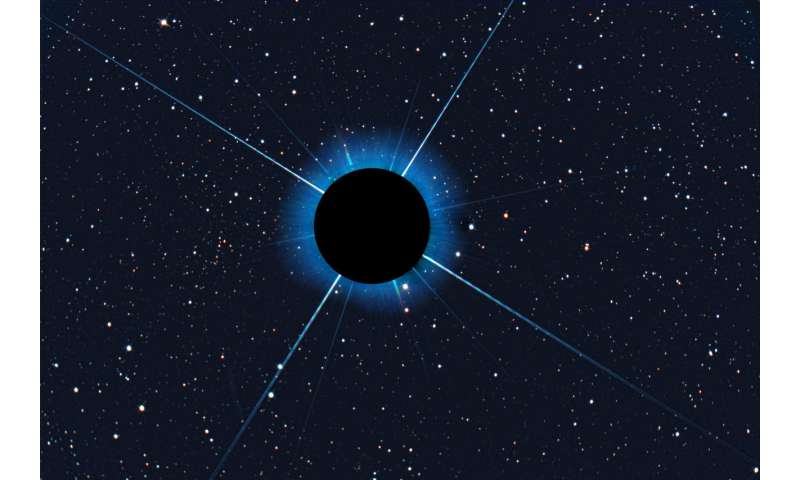 If you gazed at the night sky over the past few weeks, it is possible that you stumbled upon a very bright star near the Orion constellation. This is Sirius, the brightest star of the entire night sky, which is visible from almost everywhere on Earth except the northernmost regions. It is, in fact, a binary stellar system, and one of the nearest to our Sun – only eight light-years away.

Known since antiquity, this star played a key role for the keeping of time and agriculture in Ancient Egypt, as its return to the sky was linked to the annual flooding of the Nile. In Ancient Greek mythology, it represented the eye of the Canis Major constellation, the Great Dog that diligently follows Orion, the Hunter.

Dazzling stars like Sirius are both a blessing and a curse for astronomers. Their bright appearance provides plenty of light to study their properties, but also outshines other celestial sources that happen to lie in the same patch of sky.

Astronomers have combined recent data from ESA's Gaia mission with a simple analysis technique from the 18th century to discover a massive star cluster that had previously escaped detection. Subsequent investigations are helping to reveal the star-forming history of our Galaxy, the Milky Way.