The universe is a big place. The Hubble Space Telescope's views burrow deep into space and time, but cover an area a fraction the angular size of the full Moon. The challenge is that these "core samples" of the sky may not fully represent the universe at large. This dilemma for cosmologists is called cosmic variance. By expanding the survey area, such uncertainties in the structure of the universe can be reduced. 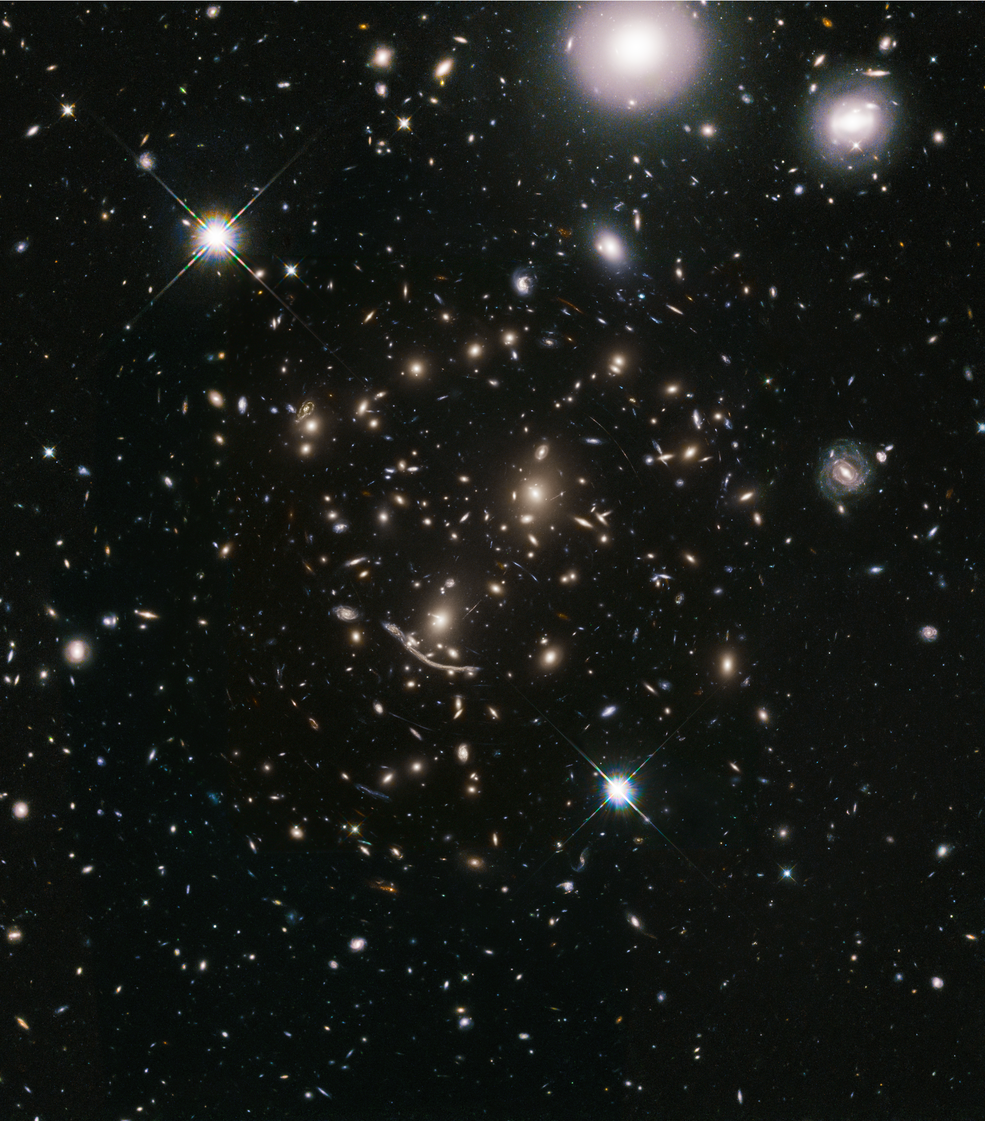 This image shows a massive galaxy cluster embedded in the middle of a field of nearly 8,000 galaxies scattered across space and time. This "galaxies galore" snapshot is from a new Hubble Space Telescope survey to boldly expand its view by significantly enlarging the area covered around huge galaxy clusters previously photographed by Hubble. In this view the huge cluster Abell 370, located about 4 billion light-years away, lies in the center of this image. It contains several hundred galaxies. The mosaic of fields flanking the cluster contains myriad background galaxies flung across space and time.

This video begins with an image of the constellation Cetus, the Sea Monster, then zooms into galaxy cluster Abell 370.

Located approximately 4 billion light-years away, the immense cluster is a rich mix of galaxy shapes. Arcs of blue light entangled among the galaxies are actually distorted images of remote galaxies behind the cluster.

These far-flung galaxies are too faint for the Hubble Space Telescope to see directly, but the massive gravitational field of the foreground cluster acts as a huge lens that magnifies and stretches images of background galaxies like a funhouse mirror.
_________________