Scientists are hoping to understand one of the most enduring mysteries in cosmology by simulating its effect on the clustering of galaxies.

That mystery is dark energy – the phenomenon that scientists hypothesise is causing the universe to expand at an ever-faster rate. No-one knows anything about dark energy, except that it could be, somehow, blowing pretty much everything apart.

Meanwhile, dark energy has an equally shady cousin – dark matter. This invisible substance appears to have been clustering around galaxies, and preventing them from spinning themselves apart, by lending them an extra gravitational pull. 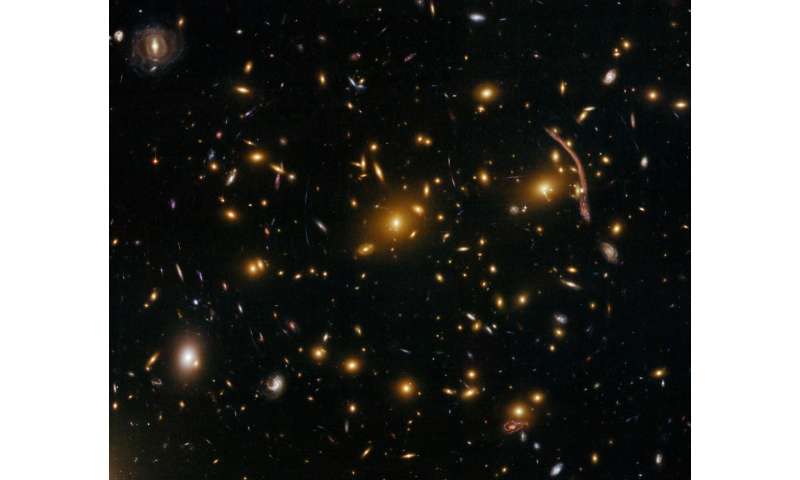 Gravitational lensing in galaxy clusters such as Abell 370 are helping scientists to measure the dark matter distribution.

This zoom starts with a ground-based view of the sky and zooms in on the distant galaxy cluster Abell 370, as seen by the NASA/ESA Hubble Space Telescope.

The mass of the cluster is large enough to bend the light of more distant objects along the line of sight. This creates interesting distortions, fascinating arcs and it even magnifies objects which would otherwise be to faint and tiny to be seen by Hubble.
_________________