Fullerenes were first discovered by Harry Kroto in the 1970s, for which he and his colleagues received a Nobel Prize in Chemistry. Recently, fullerenes have been detected in the stellar winds of red giants and in the interstellar medium.

Fullerenes are potent antioxidants and are used in antiviral medications. In particular, fullerenes with anti-HIV properties have been discovered. They are also used as semiconductors, even high-temperature superconductors. Currently, they are synthesized in near-gram quantities. One of the more popular production methods is the graphite electrode arc process. Researchers hypothesize that in deep vacuum conditions with low density, fullerenes are created in other, as yet unknown ways.

A group of astronomers is currently engaged in studies of fullerenes in the interstellar medium. Together, they have contributed to a recent paper in Monthly Notices of the Royal Astronomical Society.

The nearest interstellar clouds with confirmed fullerene are about 1,000 light-years away from Earth. Electromagnetic spectra of 19 distant stars were provided by the VLT telescope in Chile, one of the largest in the world. The authors found fullerenes which left detectable absorption lines in certain frequencies. 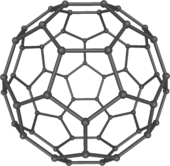 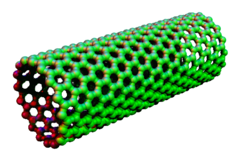 In 2010, fullerenes (C60) have been discovered in a cloud of cosmic dust surrounding a distant star 6500 light years away. Using NASA's Spitzer infrared telescope the scientists spotted the molecules' unmistakable infrared signature.

» Hubble spots an interstellar interaction
» First interstellar comet may be the most pristine ever found
» A mysterious 'hum' vibrates interstellar space
» NASA Voyager 2 Could Be Nearing Interstellar Space
»  Water from interstellar clouds to habitable worlds
Current date/time is Thu May 19, 2022 1:15 pm