down but not out

down but not out

so today has been a draining day and im a little down but not completely flat on my face, still have a little positivity left lol.

money is tight as I had to borrow some to live off last week and had to pay that back this week, and had to get some of jj school uniform, the rest I have to get in the hour before she has to be back at school Monday, tried to get her to try some stuff on in the uniform shop today so that we can just know what we are buying without messing about on Monday, but she had a huge meltdown in the shop because there was too many people in there.
told me I should have enough money to make sure she had her uniform already not wait til the last minute, true that, another bad mummy mark against my name lol

this upset me because I put food shopping last and choose to make her happy by getting her some bits, now we have to live off baked beans mainly til Monday so I thought this was insensitive for her to say.

after leaving there I bumped right into my eldest daughter who was with her girlfriend, we gave each other eye contact for a little longer than was necessary but none of us smiled and none of us spoke and I just walked right on past.

im feeling like the evil mother from hell now though as I should have been the bigger person and reached out but to be honest im not yet strong enough or ready to handle the rejection from someone I raised for 18 years, so it was easier to do nothing.

last of all I have been texting her dad over the last week over various things and then the minute I ask him for some financial help he ignores the text message.

I asked him 5 times over the last week and he hasn't responded, just ignores the text, doesn't answer when I ring, super pissed off that he can just pick and choose what he wants to talk about where our daughter is concerned.

if he hasn't got the money why cant he just say? or he could offer to buy some of the cheaper things like stationary, but no, nothing. 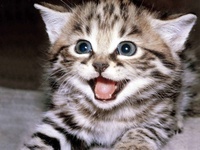 He needs to realize she is his daughter as well. *sigh* i really wish i could help

yes cutecat he should and I'll be ok. thank u x
Cloud

regardless of struggles you are a great mother and you're doing fantastic. You really are. Times are tough. It's not easy being a single parent. He .. well.. ought to be very very ashamed of himself for not even helping out with stationary... honestly?

How did it go for your girl going back to school, does she like her new class?

Quality over quantity.[You must be registered and logged in to see this image.]
astraldreamer

thanks cloud but I'm obviously not. according to my eldest.
and senco meeting yet to be had but re admission went well
though I couldn't discuss any of the issues in that meeting.

she is happy to go in but she don't like any of the teachers ad says she has no friends bless her.
Purplemoon86

I have been in your situation, regarding being a single parent and not having any support from my eldest childs dad, i would say it was one of the hardest times of my life, not noing from week to week how we would survive on such little money, but we managed to get by, she is 14 now and he has never paid a penny towards her up bringing nor wanted to see her,

I hope things get sorted with your daughter! i cant imagine how horrible it must be not being able to talk to her.

yes its so hard, especially struggling this week. not just lack of money but im hopeless with budgeting as well.
been seriously thinking about handing over my youngest to social services because im a terrible parent, I don't even have enough food to feed her til I get paid again Monday.
as for my eldest, she is claiming she left because I apparently abused her, very heart broken.
Sponsored content