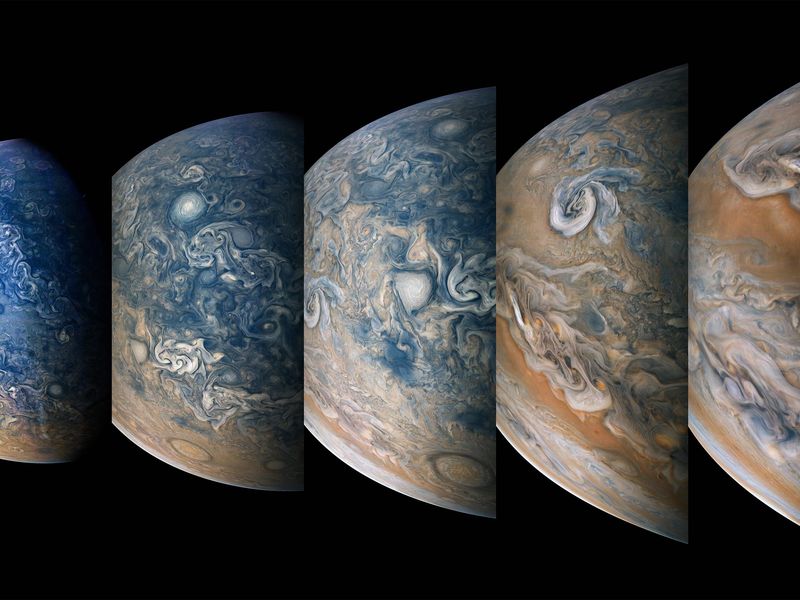 Striking atmospheric features in Jupiter’s northern hemisphere are captured in this series of color-enhanced images from NASA’s Juno spacecraft.

An anticyclonic white oval, called N5-AWO, can be seen at center left of the first image (at far left) and appears slightly higher in the second and third images. A tempest known as the Little Red Spot is visible near the bottom of the second and third images. The reddish-orange band that is prominently displayed in the fourth and fifth images is the North North Temperate Belt.

Re: Time-lapse Sequence of Jupiter’s North

This timelapse video of the vivid auroras in Jupiter’s atmosphere was created using observations made with the NASA/ESA Hubble Space Telescope.

Hubble is particularly suited to observing and studying the auroras on the biggest planet in the Solar System, as they are brightest in the ultraviolet.
_________________