In recent years, the number of confirmed extra-solar planets has risen exponentially. As of the penning of the article, a total of 3,777 exoplanets have been confirmed in 2,817 star systems, with an additional 2,737 candidates awaiting confirmation. What's more, the number of terrestrial (i.e. rocky) planets has increased steadily, increasing the likelihood that astronomers will find evidence of life beyond our Solar System.

Unfortunately, the technology does not yet exist to explore these planets directly. As a result, scientists are forced to look for what are known as "biosignatures," a chemical or element that is associated with the existence of past or present life. According to a new study by an international team of researchers, one way to look for these signatures would be to examine material ejected from the surface of exoplanets during an impact event. 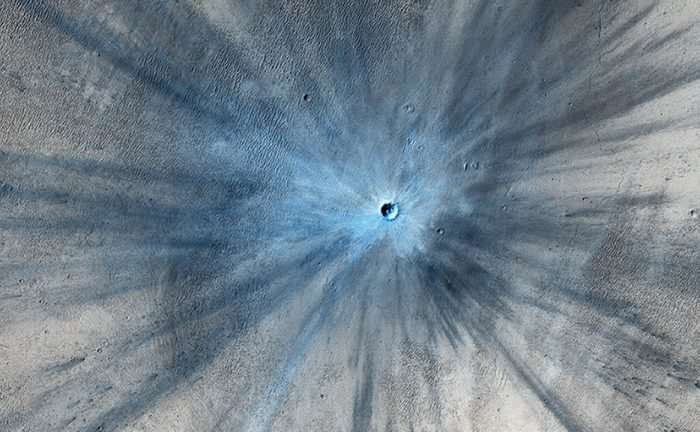 According to a new study, evidence of life (aka. biosignatures) could be found by examining ejecta from extra-solar planets caused by asteroid impacts.

The supertelescopes are coming, enormous ground and space-based observatories that’ll let us directly observe the atmospheres of distant worlds.

We know there’s life on Earth, and our atmosphere tells the tale, so can we do the same thing with extrasolar planets?

It turns out, coming up with a single biosignature, a chemical in the atmosphere that tells you that yes, absolutely, there’s life on that world, is really tough.
_________________

» LIFE BEYOND II: The Museum of Alien Life
» NASA Dives Deep into the Search for Life
» The black box set to revolutionize the search for life beyond Earth
» Saturn's weird, Earth-like moon just failed a key test for alien life
» These are the places that (most likely) host alien life
Current date/time is Sun Jul 03, 2022 3:54 pm