The Sacred Mani Stones of Buddhists

The Sacred Mani Stones of Buddhists

There is a particular six-syllable Sanskrit mantra or hymn that’s very sacred among Buddhist. It’s recited as om mani padme hum, which loosely translates to "Behold! The jewel in the lotus", an invocation to the four-armed bodhisattva (an enlightened being ) Avalokiteshvara, who embodies the compassion of all Buddhas. But its true meaning goes far beyond that.

The mantra cannot be translated into a simple phrase or even a few sentences because it contains the essence of the entire teaching of Buddha. Recitation of this mantra along with prayer beads is therefore, and quite reasonably, the most popular religious practice in Tibetan Buddhism as it is believed that doing so can lead to liberation and eventual Buddhahood. 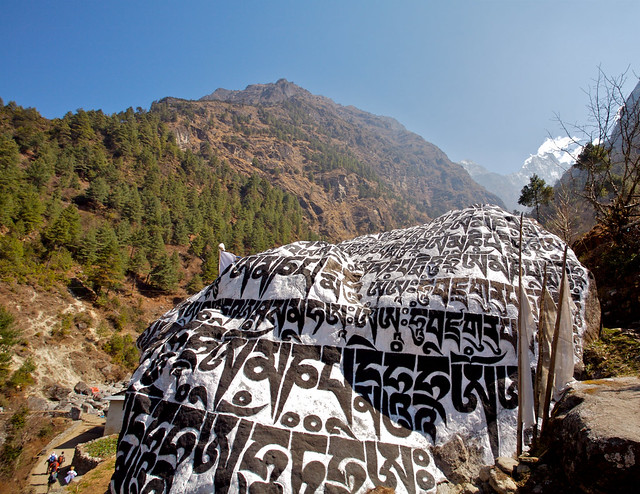 Carving Mani stones is considered a form of meditation.

The term Mani stone may also be used in a loose sense to refer to stones on which any mantra or devotional designs are inscribed.

Mani stones are intentionally placed along the roadsides and rivers or placed together to form mounds or cairns or sometimes long walls, as an offering to spirits of place or genius loci.

The word Kalachakra means cycles of time, and the Kalachakra system presents three such cycles -- external, internal and alternative. The external and internal cycles deal with time as we normally know it, while the alternative cycles are practices for gaining liberation from these two.

The structures of the external and internal cycles are analogous, similar to the parallel between macrocosm and microcosm discussed in Western philosophy. This means that the same laws that govern a universe also pertain to atoms, the body and our experience of life.

The practices of the alternative cycles also follow this structure so as to allow us to engage with and surmount these forces in an efficient manner. Such mimicking is, in fact, one of the distinguishing features of the anuttarayoga tantra method.

Time, in Buddhism, is defined as a measurement of change. For example, a month is the measurement of change involved either externally in the moon circling the earth or internally in a woman going from one menstruation to the next. Such changes are cyclical in that the pattern repeats, although the events of each cycle are not completely identical. Externally, the universe passes through cosmic, astronomical, astrological and historical cycles.

On an internal level, the body goes through physiological cycles, many of which bring about associated mental and emotional cycles as well. Furthermore, just as universes form, expand, contract, disappear and then form once again, individual beings pass through continuing rebirths with repeated conception, growth, old age and death.

In short, the external and internal cycles of time delineate samsara -- uncontrollably recurring rebirth, fraught with problems and difficulties. These cycles are driven by impulses of energy, known in the Kalachakra system as "winds of karma." Karma is a force intimately connected with mind and arises due to confusion about reality. Imagining that ourselves, others and everything around us exist in the way our mind makes them appear -- as if with concrete, permanent identities established from within each being or thing -- we act on the basis of this confusion with attachment, anger or stubborn foolishness.
_________________ 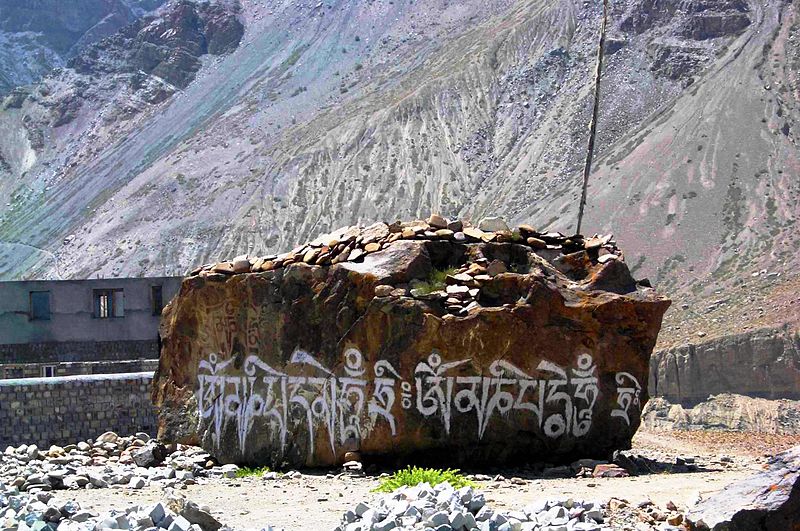 
I used to have Buddhist neighbours and they would invite me to go chant with them , it was really peaceful
They mentioned a lot but never knew about these Mani stones, thanks for sharing