Our Sun's beginnings are a mystery. It burst into being 4.6 billion years ago, about 50 million years before the Earth formed. Since the Sun is older than the Earth, it's hard to find physical objects that were around in the Sun's earliest days—materials that bear chemical records of the early Sun. But in a new study in Nature Astronomy, ancient blue crystals trapped in meteorites reveal what the early Sun was like. And apparently, it had a pretty rowdy start. 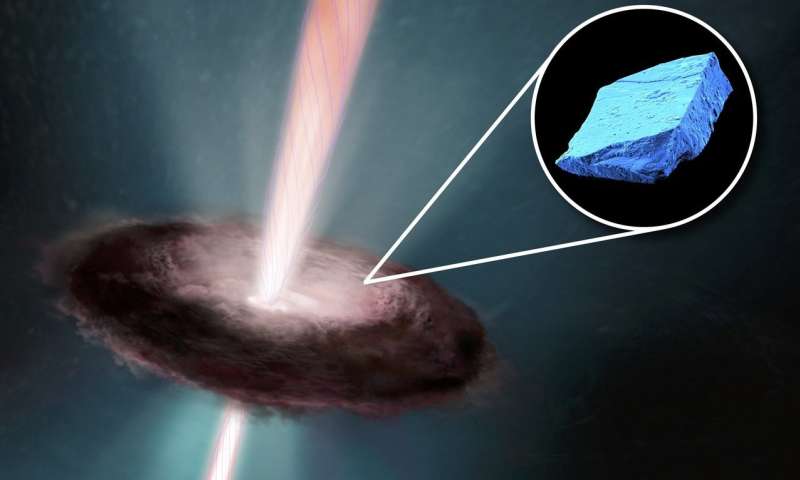 Illustration of the early solar disk, with an inset image of a blue hibonite crystal, one of the first minerals to form in the Solar System.

Thank you for sharing Dragon

» New Perseverance rover photos from Mars show tantalizing layered rocks
» Largest structures in the universe show clear light-shifted signal of rotation
» Why Earth's age is given by dating meteorites rather than its own rocks
» Evidence of water movement found in meteorites that only recently fell to Earth
» Knightfall (Religious TV Show)
Current date/time is Sat May 21, 2022 3:54 pm