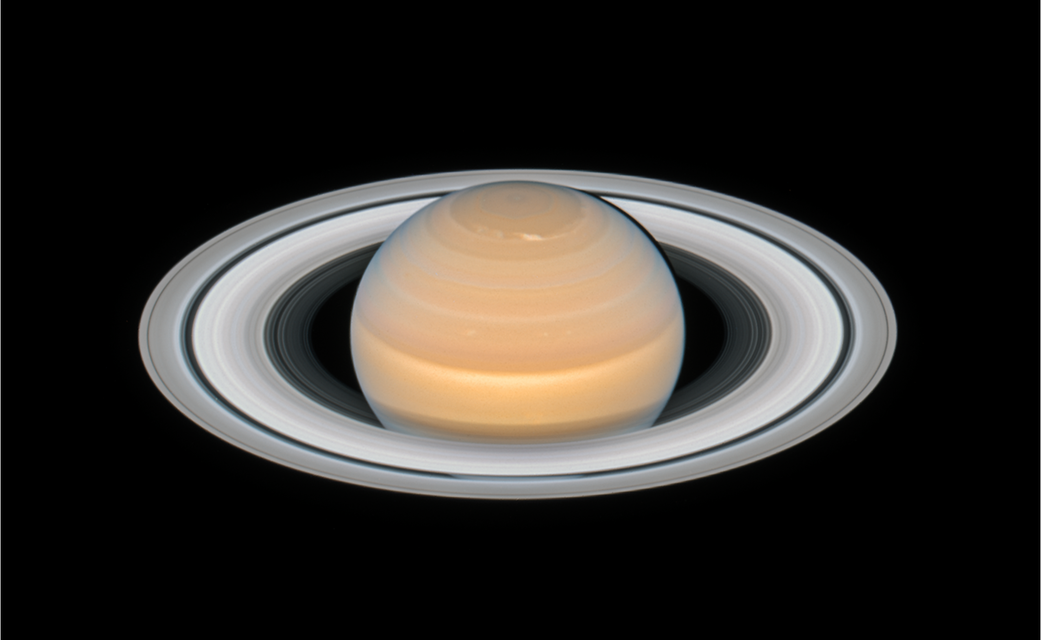 Saturn is by far the solar system’s most photogenic planet, and in this latest Hubble Space Telescope snapshot it is especially so because Saturn’s magnificent ring system is near its maximum tilt toward Earth (which was in 2017).

Hubble was used to observe the planet on June 6, 2018, when Saturn was only approximately 1.36 billion miles from Earth, nearly as close to us as it ever gets.

Saturn was photographed as it approached a June 27 opposition, when the planet is directly opposite to the Sun in the night sky and is at its yearly closest distance to the Earth. Though all of the gas giants boast rings, Saturn’s are the largest and most spectacular, stretching out eight times the radius of the planet.

The Hubble Space Telescope recently captured imagery of Saturn as it neared opposition which was converted into a timelapse video that features the planet's spin.
_________________