A new paper published in Science this week suggests that liquid water may be sitting under a layer of ice at Mars' south pole.

The finding is based on data from the European Mars Express spacecraft, obtained by a radar instrument called MARSIS (Mars Advanced Radar for Subsurface and Ionosphere Sounding). The Italian Space Agency (ASI) led the development of the MARSIS radar. NASA provided half of the instrument, with management of the U.S. portion led by the agency's Jet Propulsion Laboratory in Pasadena, California.

The paper, authored by the Italian MARSIS team, outlines how a "bright spot" was detected in radar signals about 1 mile (about 1.5 kilometers) below the surface of the ice cap in the Planum Australe region. This strong radar reflection was interpreted by the study's authors as liquid water -- one of the most important ingredients for life in the Universe. 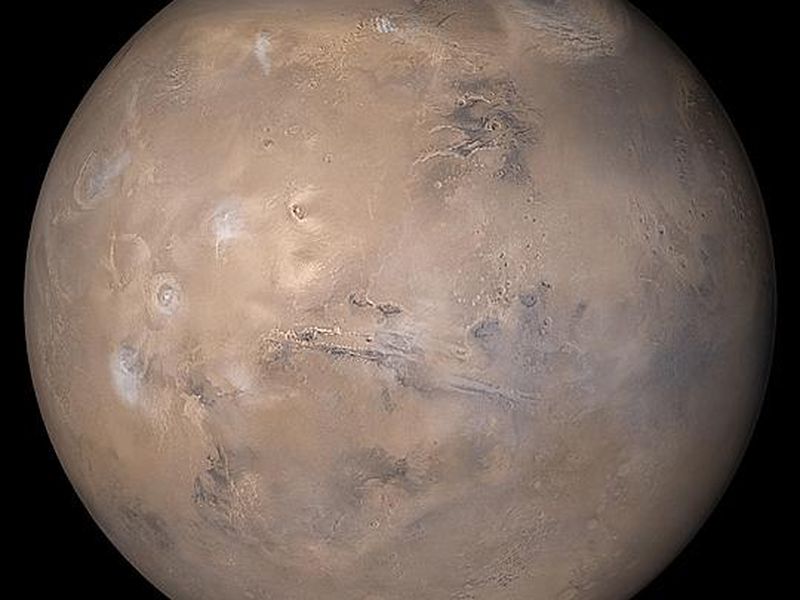 The view of Mars shown here was assembled from MOC daily global images obtained on May 12, 2003.

Between May 2012 and December 2015, MARSIS was used to survey the Planum Australe region, which is in the southern ice cap of Mars. It sent radar pulses through the surface and polar ice caps and measured how the radio waves reflected back to Mars Express.
_________________