Using Chandra, a team of scientists may have uncovered what caused the star's most recent dimming event: a collision of two infant planetary bodies, including at least one object large enough to be a planet. As the resulting planetary debris fell into the star, it would generate a thick veil of dust and gas, temporarily obscuring the star’s light. 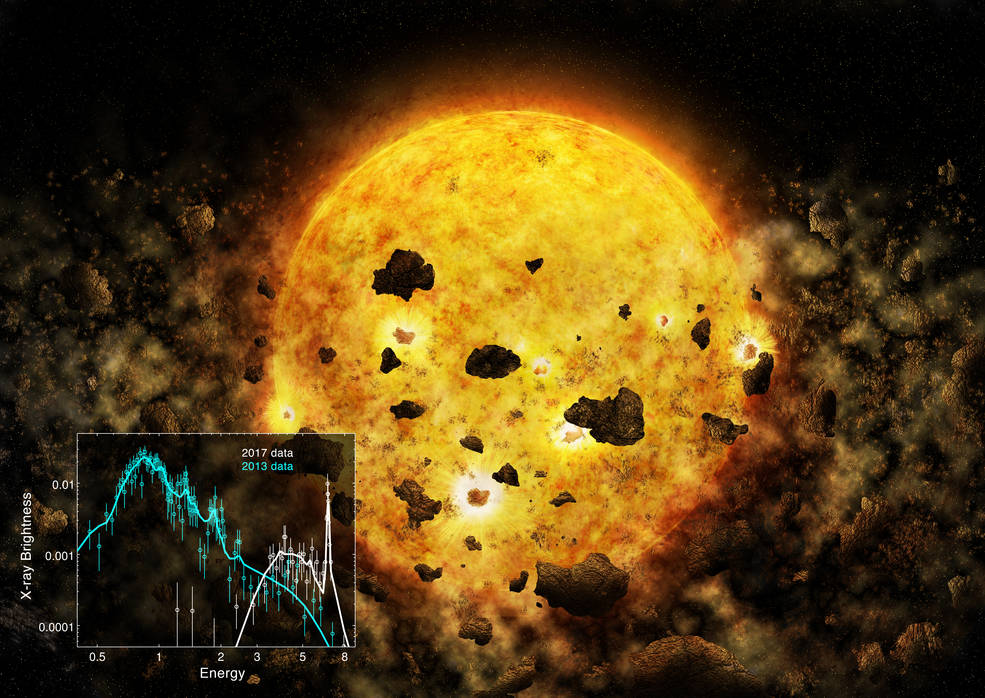 This artist’s illustration depicts the destruction of a young planet or planets, which scientists may have witnessed for the first time using data from NASA’s Chandra X-ray Observatory.

Chandra data indicates that a young star has likely destroyed and consumed an infant planet.

If confirmed, this would be the first time that astronomers have witnessed such an event.

The star, known as RW Aur A, is a few million years old and is located about 450 light years from Earth.

Studying this may help astronomers gain insight into the processes affecting the early stages of planet development.
_________________

For decades, astronomers have watched as the star RW Aur A has faded and brightened in optical light.

RW Aur A is a few million years old and relatively close to Earth at a distance of 450 light years.

Recently, they watched as the star dimmed more frequently and for longer periods of time.

To investigate this mystery, a team of scientists used NASA's Chandra X-ray Observatory to study it using a different kind of light: X-rays.
_________________