As NASA’s Dawn spacecraft prepares to wrap up its groundbreaking 11-year mission, which has included two successful extended missions at Ceres, it will continue to explore -- collecting images and other data.

Within a few months, Dawn is expected to run out of a key fuel, hydrazine, which feeds thrusters that control its orientation and keeps it communicating with Earth. When that happens, sometime between August and October, the spacecraft will stop operating, but it will remain in orbit around dwarf planet Ceres.

Dawn is the only spacecraft to orbit two deep-space destinations. It has given us new, up-close views of Ceres and Vesta, the largest bodies between Mars and Jupiter. During 14 months in orbit from 2011 to 2012, Dawn studied Vesta from its surface to its core. It then pulled off an unprecedented maneuver by leaving orbit and traveling through the main asteroid belt for more than two years to reach and orbit Ceres, which it has been investigating since 2015. 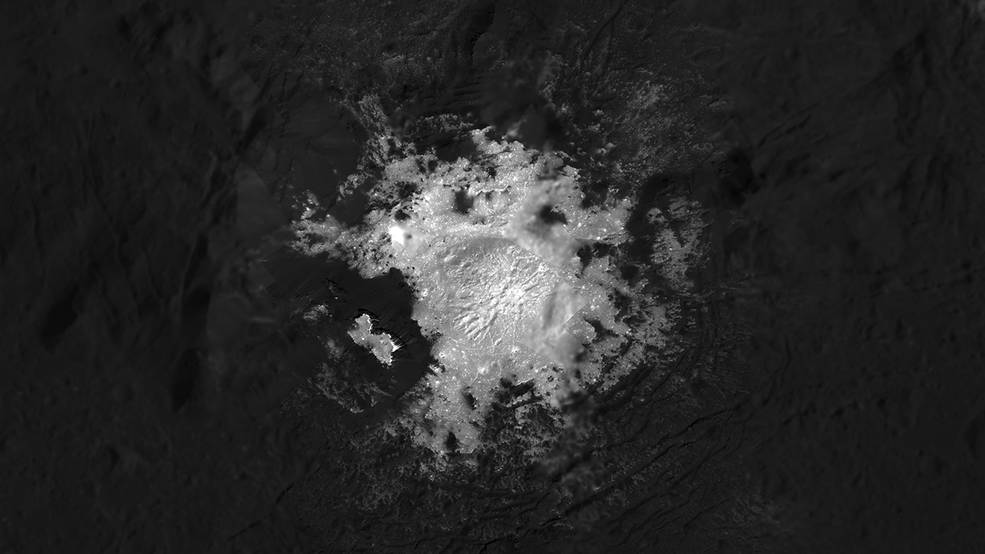 This mosaic of Cerealia Facula in Occator Crater is based on images obtained by NASA's Dawn spacecraft in its second extended mission, from an altitude as low as about 21 miles (34 kilometers. 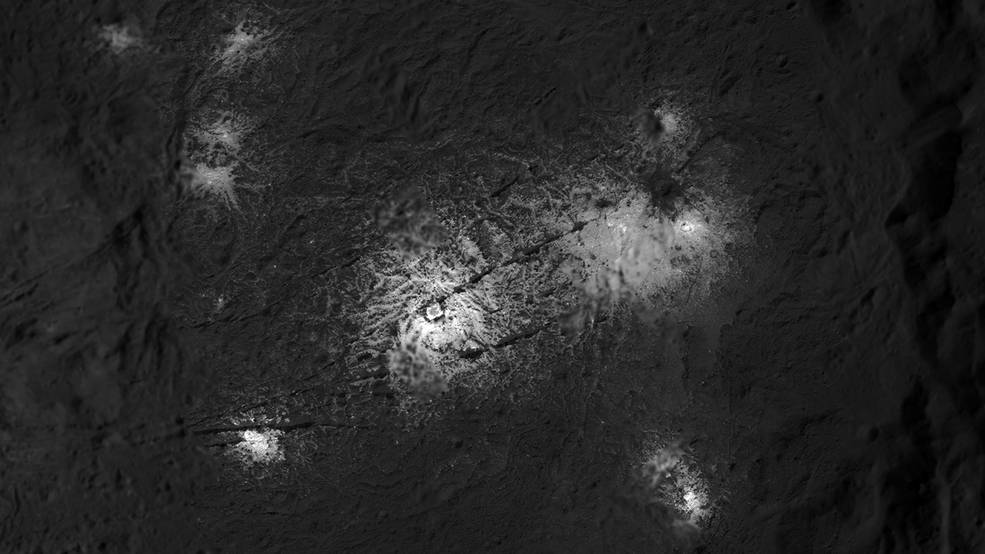 This close-up image of the Vinalia Faculae in Occator Crater was obtained by NASA's Dawn spacecraft in its second extended mission, from an altitude as low as 21 miles (34 kilometers

This video shows the intriguing Occator Crater on Ceres, home to the dwarf planet's brightest area. It may have been produced by upwelling of salt-rich liquids after the impact that formed the crater.

The animated flyover includes topographic and enhanced-color views of the crater, highlighting the central dome feature.
_________________