The West African state of Gabon is famous for its biodiversity but in a galaxy of spectacular finds, one stands out: orange crocodiles.

Scientists looking for traces of ancient human life stumbled upon the unusual reptiles decade ago as they searched in the gloom of isolated caves in Gabon's southern Omboue region.

"When I approached with the torch in the cave, I saw red eyes... crocodiles!", said geo-archaeologist Richard Oslisly. It was only two years later when they hauled one out into the light that they realised it was orange. 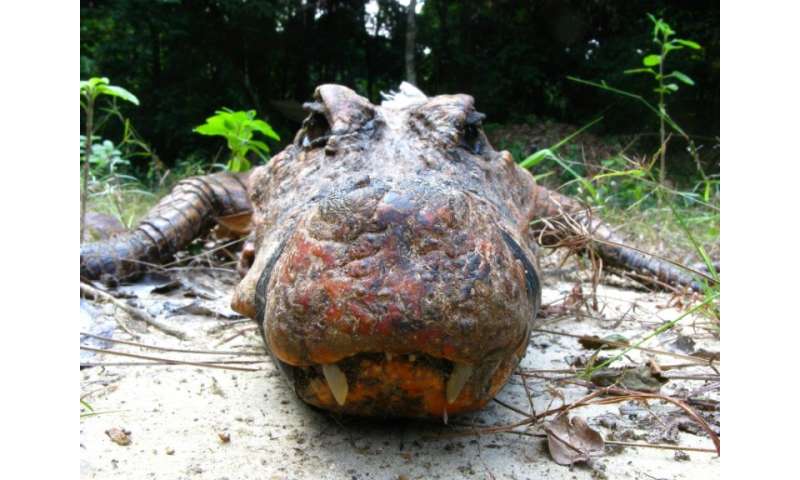