Uranus was hit by a massive object roughly twice the size of Earth that caused the planet to tilt and could explain its freezing temperatures, according to new research.

Astronomers at Durham University, UK, led an international team of experts to investigate how Uranus came to be tilted on its side and what consequences a giant impact would have had on the planet's evolution.

The team ran the first high-resolution computer simulations of different massive collisions with the ice giant to try to work out how the planet evolved.

The research confirms a previous study which said that Uranus' tilted position was caused by a collision with a massive object—most likely a young proto-planet made of rock and ice—during the formation of the solar system about 4 billion years ago. 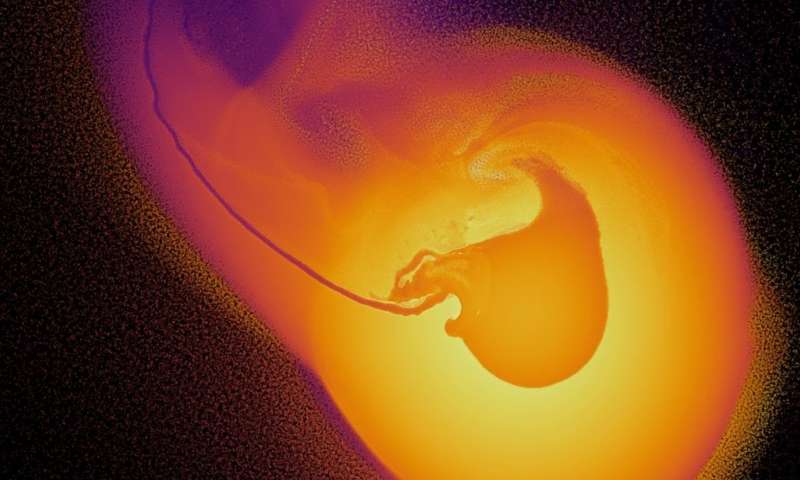 The collision with Uranus of a massive object twice the size of Earth that caused the planet's unusual spin, from a high-resolution simulation using over ten million particles, coloured by their internal energy.

The simulations also suggested that debris from the impactor could form a thin shell near the edge of the planet's ice layer and trap the heat emanating from Uranus' core.